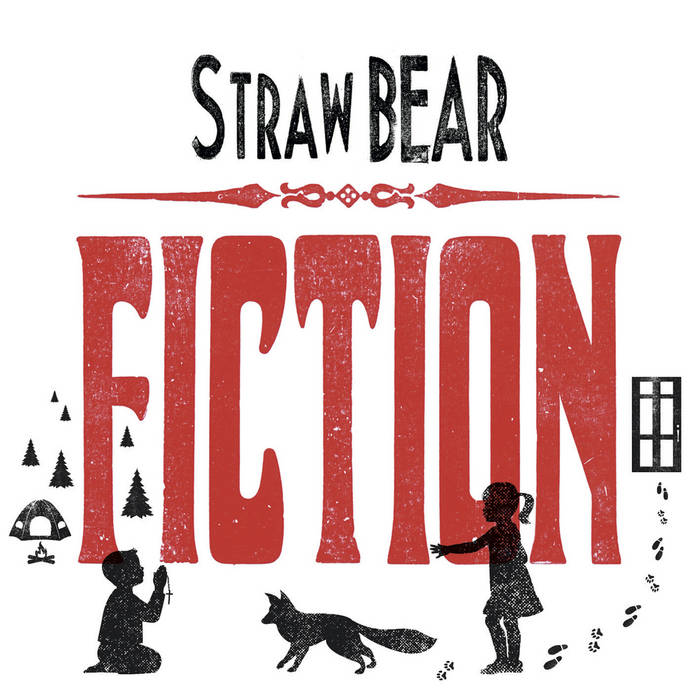 Fiction – Straw Bear's third long player – is 'set to become a cult classic' according to Clash, and is run through with the surreal lyricism and jangling guitars that have defined the band's sound.

Fiction follows their second, Black Bank, which caused an unexpected stir at the BBC for its songcraft, bizarre lyrics and folksy evocation of the band’s native Cambridgeshire Fens. Bob Harris, Cerys Matthews and Tom Robinson were happy to share their enthusiasm for the band on-air.

Recorded over a series of sprawling weekend sessions in the band’s own studio in rural Essex, Straw Bear took complete control over this album, producing Fiction’s ten genre-bending tracks themselves.

With special thanks to Sam Inglis for mixing Augusta De La Rue.

Straw Bear formed slowly over a number of years, like sedimentary rock or a bad habit.
Ian and Chris began recording in their native Cambridgeshire, before Tom, Pas and Cate were sucked into their swirling musical eddy.
Their second album. Black Bank is named after the Fenland road in which the album was recorded. ... more

Bandcamp Daily  your guide to the world of Bandcamp